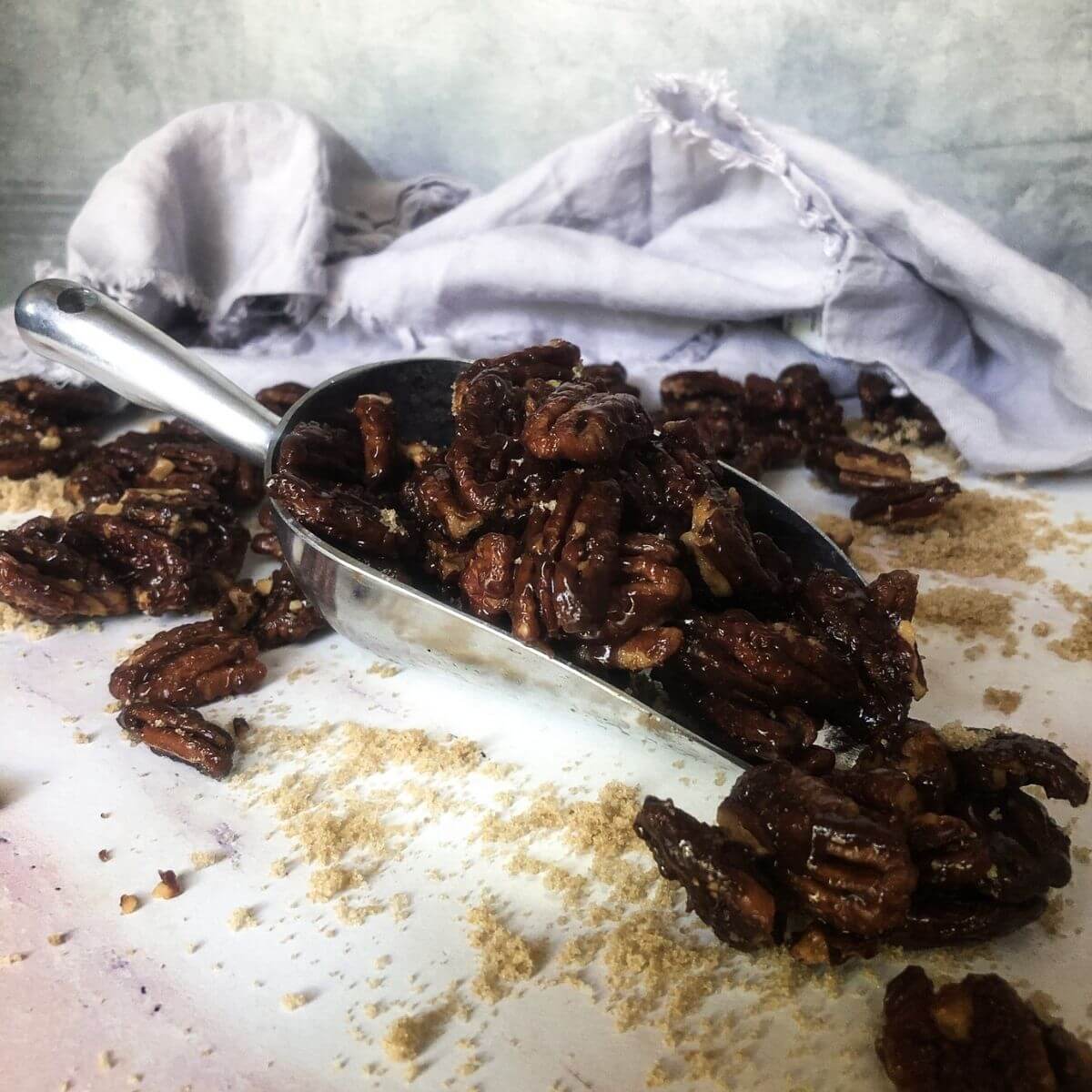 Candied pecans are Usually created with butter, eggs, dairy, or other types of animal products.

These candied pecans however are 100% vegan and delicious!

What Do I need for Vegan Candied Pecans?

For these candies you will need only three ingredients! They include:

That’s it!  And you have a delicious vegan snack for any hour of the day.

Are Praline Pecans The Same as Candied Pecans?

Praline pecan and candied pecans are generally not the same.

Although if you want to get technical, I would argue that they both are candies, which contain pecans.

Praline pecans are clustered candies which include both pecans and various sugar combinations. There is generally an animal based product in praline pecans such as whipping cream.

These vegan candied pecans are generally broken up into their own unique sugar coated nut, which makes them different than a praline pecan which forms more of a cluster.

How Long Will Candied Pecans Keep?

Stored in A cool dry place in an airtight container, vegan candied pecans last about 2 weeks.

These candied pecans can be stored in the fridge for up to one month.

These will freeze for up to two months! Talk about some easy advanced meal and snack prep.

When you choose to thaw your pecans, do so in the refrigerator.

How Can I Use Candied Pecans?

There are just soooo many scrumptious ways to use candied pecans! A few of my favorite are: 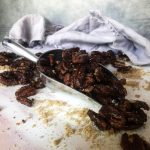 *Nutrition Content may vary slightly based on type of coconut oil. For specific nutrition guidelines consult your registered dietitian.* *Separate out desired cluster size with spatula while mixture is still hot.  These candied pecans are difficult to separate once they have cooled.*