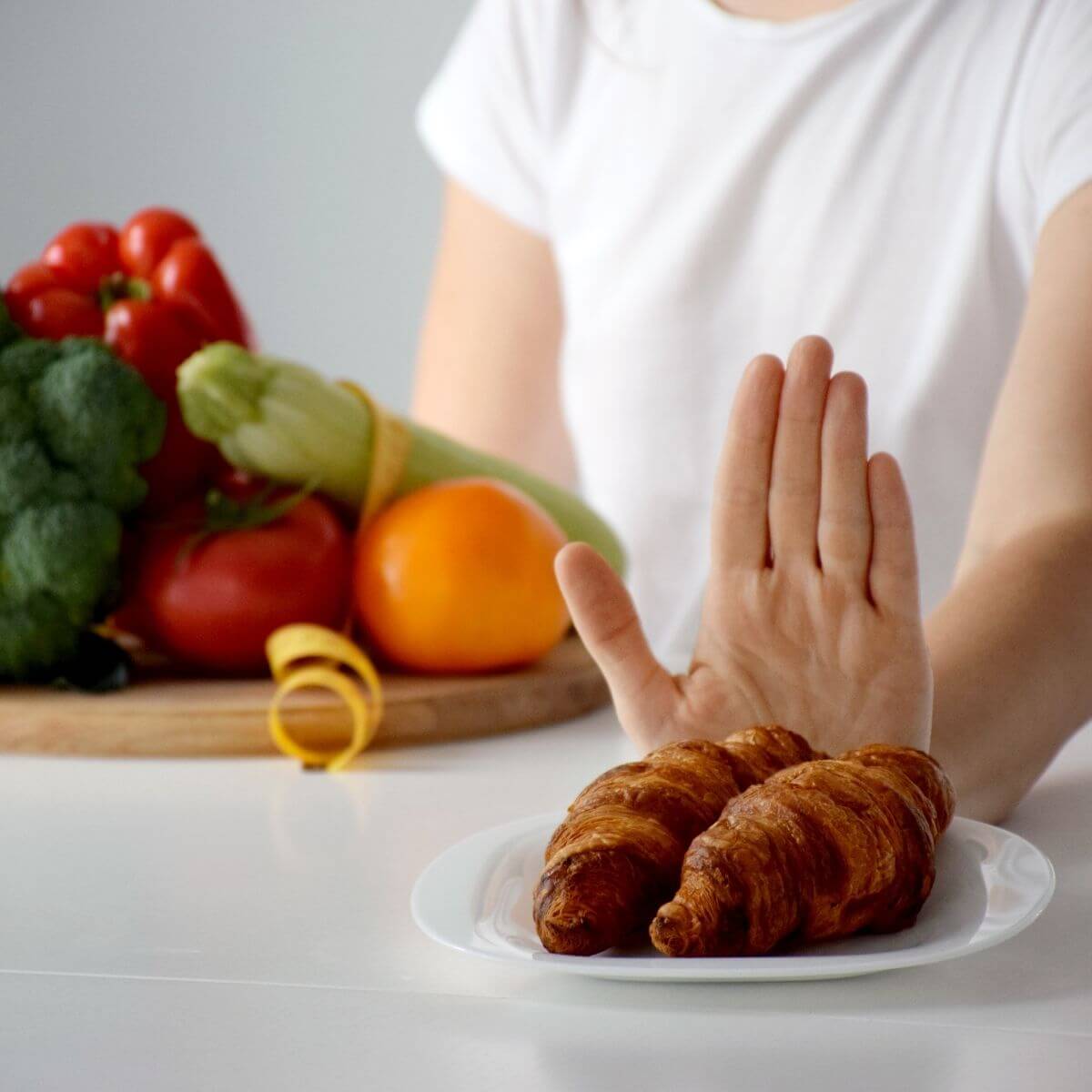 Can Dieting Make You Anorexic?

Dieting is the number one behavior associated with developing of an eating disorder.  Dieting contributes to a drive for thinness, an insatiable pursuit that can extend across the lifespan.

So- does dieting make someone anorexic?

In short the answer is no. Dieting will not cause someone to be anorexic. Not in isolation at least.

Many people will diet at some point in their lives. Most people will not develop an enorexia as a result of occasional dieting.   However, dieting is a HUGE risk factor for developing anorexia.

The more restrictive the diet, the greater likelihood it could trigger symptoms associated with anorexia.

Other risk factors for anorexia include genetics, other psychiatric conditions, a history or trauma or sexual abuse, perfectionist mindset, developmental issues and other social determanants of health.

Dieting might best be described as often that “one last push” to send someone into behaviors or anorexia nervosa.

Dieting can be a gateway into behaviors associated with anorexia nervosa.

As we begin to diet we will notice:

You may notice a desire to follow a vegetarian or vegan diet.

You might be obsessing over food as a way to feel in control in your life.  Many of us think if we simply “fix our bodies” by following a certain set of rules, we’ll eliminate problems in many areas of our lives.

You might notice yourself thinking about food 80% or more of your day.  This might be a key indicator that dieting and obsessing over food is transitioning into anorexia or another type of eating disorder.

One particular dangerous and sometimes downright deadly cultural affiliation is identifying with something called pro ana.

Pro ana affiliation allows someone to create an alter ego (think a girl named ana) for their disordered eating patterns to thrive on.  The ego is seemingly friendly and inviting. This can be appealing for someone struggling with an eating disorder looking for community.

The community that the pro ana movement offers is the greatest danger. We find a space where those with disordered eating can feel provoked and encouraged when engaging in toxic eating disorder practices.  They are reassured that their actions are justified.

The ABC diet is short for the Ana boot camp diet. Its core principles include:

After 50 days, those who participate in the ABC diet are supposed to resume a regular diet.  Advocates for the diet claim that it is “healthy” as it kicks starts the metabolism into gear by altering how many calories are consumed each day.

The ABC diet is not healthy.  It is an extreme weight loss regimen that actually utilizes many of the behaviors associated with anorexia nervosa to reduce body size.

Practicing behavior and psychological modifications from one day to the next that are correlated with anorexia nervosa will put you at an increased risk for developing anorexia nervosa.

It’s also important to note that adding in food after prolonged nutrition can have harmful if not fatel effects if not done properly.

Does Anorexia Include Weight Loss?

Anorexia nervosa can include weight loss. However, there are many cases of atypical anorexia where weight loss does not occur even with extreme restriction.

How Many Calories Consumed Is Considered Anorexia

There is not one specific number of calories that we see in anorexia.  It is the complex relationship between calories, psychological factors, exercise and body image that will determine an anorexia diagnosis.

Calories are low enough to warrant concern for anorexia when:

Therefore, it would be impossible to determine an exact calorie number associated with anorexia.

What Do Anorexia And Dieting Have In Common

There are several things that anorexia and dieting have in common. This is why it is such as slippery soup when we start to see dieting behaviors shift into more disordered eating or anorexia.

Common behaviors in both anorexia and dieting include:

Many of the warning signs of anorexia ARE glorified dieting behaviors. Many people will strive to attain thinness at all costs because they have a heightened awareness of the thin privilege which exists in western culture.

Again, dieting itself will not cause anorexia.  However, it can cause an overall decrease in joy, body satisfaction, relationships, and quality of life.

I encourage everyone to ditch the diet and fill their cup to the fullest by nourishing their body and living the lives they truly desire.

Are There Ways To Diet And Not Increase Risk For Anorexia?

In short, no. We cannot eliminate the correlation between anorexia and dieting by simply selecting the “right diet.”

Since all diets are fixated on creating energy depletion, restricting foods, and changing the body, we can’t engage in dieting without the potential to trigger an eating disorder.

There are some much better ways to change our relationship with food and our bodies that do not involve dieting.  These include:

I encourage you to really consider your relationship with your body and food before diving into the next dieting craze.

There are many options for truly nourishing the body that don’t involve the body.

When you see someone engaging heavily in dieting behaviors, ask them about their relationship with food. Stay curious with loved ones.  And seek professional help at the first signs dieting seems to have gotten out of control.

Can Dieting Make Me Anorexic?

There is not one single cause that will lead to anorexia. However, dieting can be a contributer to anorexia when other psychological, genetic, behavioral, and environmental risks are present.

What is The ABC Diet?

ABC diet stands for ana boot camp diet. This diet involves a very restricted diet (between 300-800 calories per day) for a period of 50 days. The idea is to alternate calories from one day to the next. This diet is dangerously restrictive and can lead to many health complications and risks. The ABC diet is not safe.

What are the anorexia-dieting connection pieces

What Does It Mean To Be Obsessing Over Food?

How To Use Urge Surfing In Binge Eating